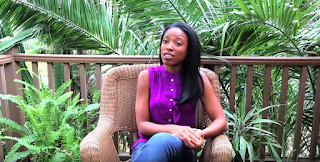 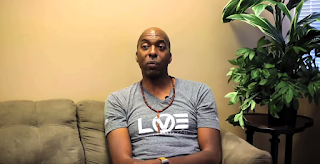 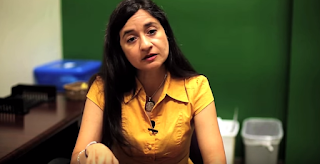 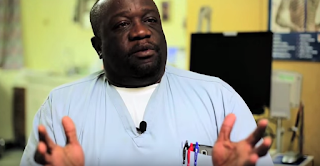 Posted by Food Stamp Vegan at 11:58 AM No comments:

My vegan goodies haul was super cheap with coupons!

As you all know, I'm a festival goer. 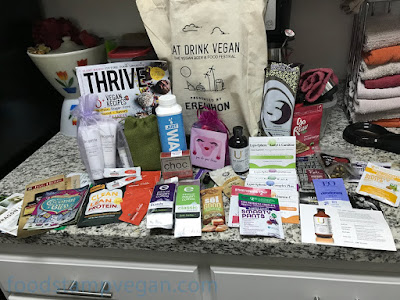 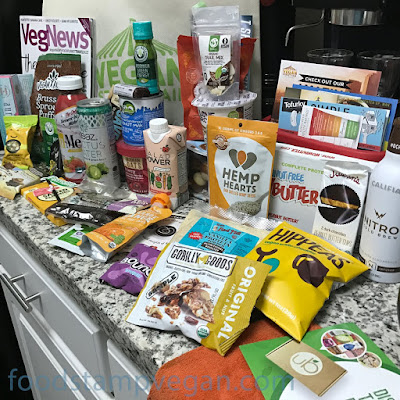 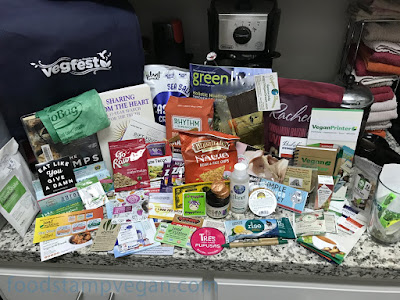 I've been to them all. The cool thing is, for a few dollars more than admission I spring for the VIP pass and in most cases, the VIP passes to events like these come with some real nice goodies that far surpass the price of the VIP ticket.

You can get express lines, free drinks, special seating, exclusive beer pours and lately, merch bags. All three events had merch bags for the VIP goers. These are samples and coupons that can total quite a nice chunk of change.

I sampled the snacks and shampoos, but I had dollars upon dollars of coupons. Too many to throw away, so I decided to make a trip to Whole Foods and use as many as I could in one shopping trip. 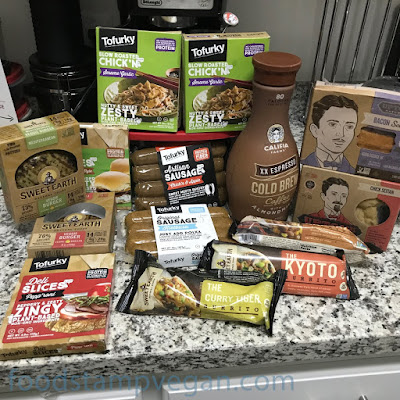 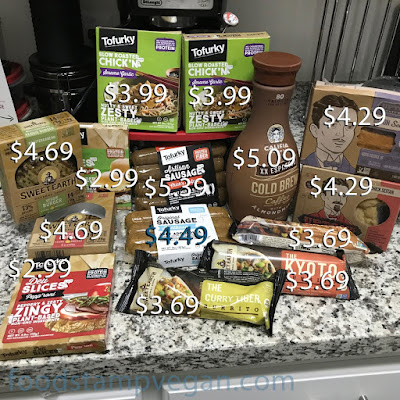 The savings (in red). 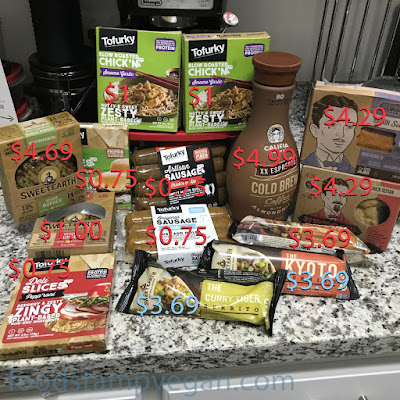 Most of the coupons were for a free item or for 50% off an item. Some were for 25% off or buy some get one free (the burritos) so I just went with it to try things I've never tried before. 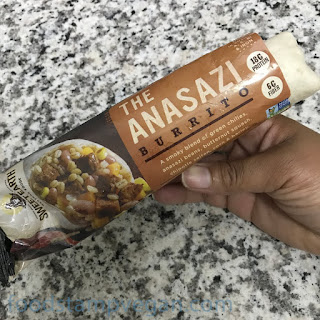 The Sweet Earth Burritos were okay, and the Tofurky sausages are eh. The Califia cold brew was nice, but I don't like sugar in my coffee and they didn't have their unsweetened one there which is delicious. Frankly most of the stuff ended up in the freezer, along with this. 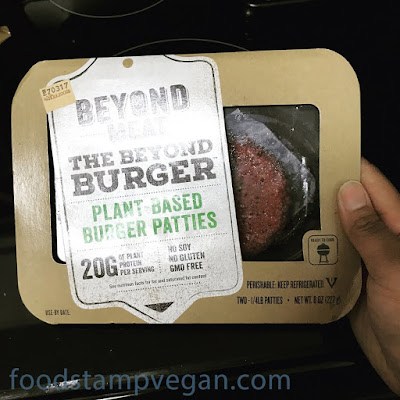 It was on sale for $6. Man, that is A LOT of protein. I've had this at Veggie Grill and it was...alright. Tasted like a veggie patty to me, so I guess that goes to show you how detached I am form the real meat "flavor" to begin with.

I should note that I didn't get to use about 6 or 7 remaining coupons because the items were not in stock. I do plan on going to a different Whole Foods to see if I can find them.

When I do I'll be sure to let you spend concious people know! See, you can have fun at events and still save money!

More later! Thanks!
Posted by Food Stamp Vegan at 2:44 AM No comments: 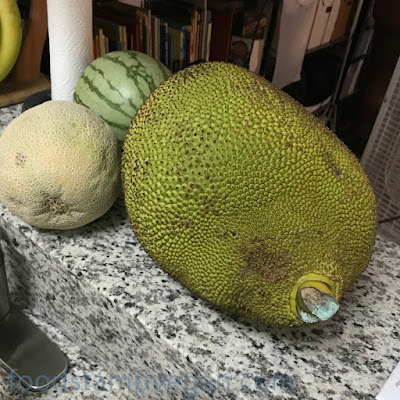 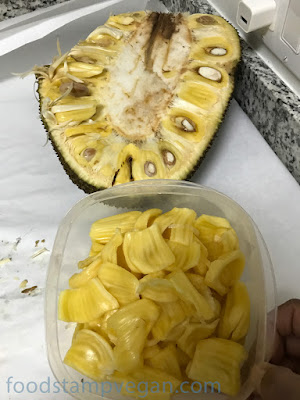 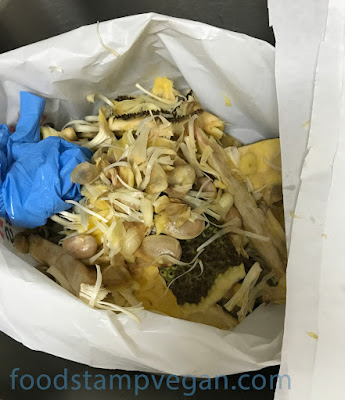 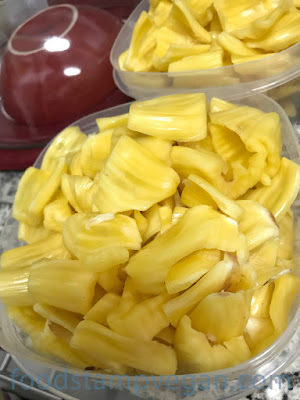