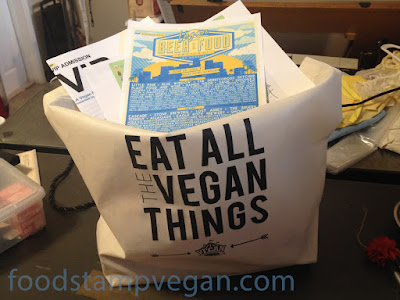 Me getting my supplies ready for the event.

Hi all. Sorry it took me so long to get this review up. Things have been crazy on my end and saying that seems to be my new normal. In any account, I had a blast at the Vegan Beer Fest this past month.

First things first, the event changed it's mane to Eat Drink Vegan. It seemed to be a sudden change, as many people were surprised by it, especially when their glasses had no commemorative date on them. Banners at the even were all Eat Drink Vegan, and only special purchasable $20 glasses had the old logo on it. I was tempted but didn't get one. 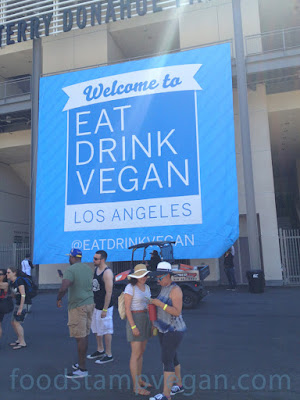 The event was held again at the Rose Bowl in Pasadena, Ca., but the adjacent gold course and it was a good choice.

I again had a VIP pass, which is the only way to go at these events. We got to go in an extra 2 hours early! So by the time the line really started, I was already buzzed. 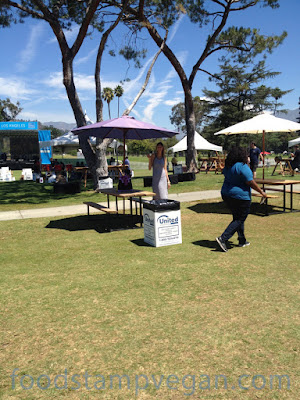 My friend Liz grabbed a table really close to the stage. There was tons of room to lay blankets out beneath large trees and plenty of standing tables and just space in general. It was a very spacious set up this year. 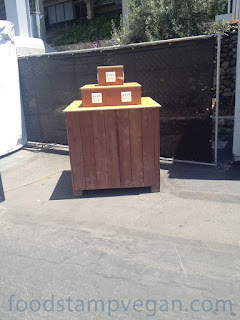 I was really impressed with the charging station. There was a water station as well. 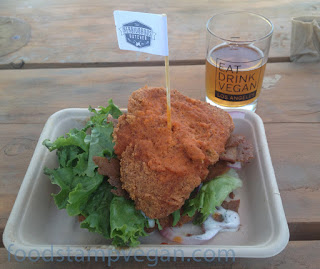 My goal this year wasn't so much the food, but I did grab a few tastes. This was the darling of the event, The Herbivorous Butcher, and I gotta say, it was really underwhelming. 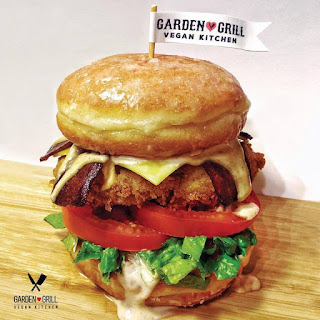 There was another 'chicken' sandwich that as AMAZING last year called The Thrillest by Garden Grill that was all the rage. This year, not so many people but it's way better.

In any account, after I ate (and what I didn't eat I packed in tupperware) I went looking for beers. 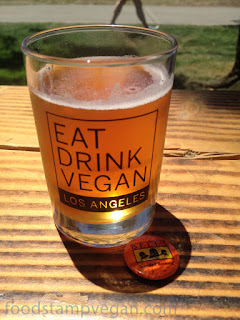 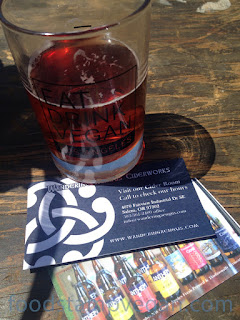 I took a photo of most of the 24+ beers I samples from sours (in the VIP section) to reds, to fruit beers, to ginger beer, to stouts to browns and everything in-between. 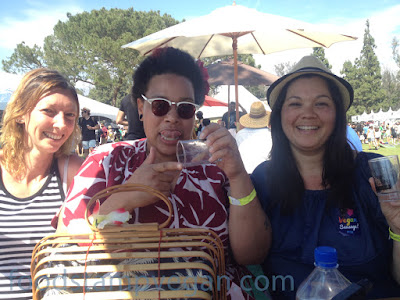 Some members of my Lady's beer drinking group.

I had a really good time! Lost of beer and food and meeting new people and just a lot of camaraderie among many fellow vegans. 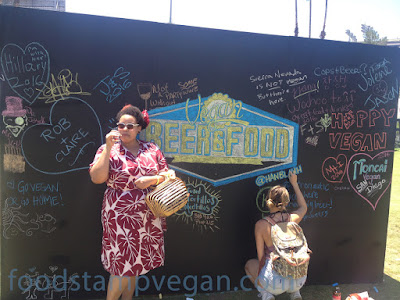 Can't beat that. If you haven't been, this is really the best vegan event in the LA area, and there are many. I've gone to 3 of the 7 and this event just keeps getting better and better!