I'm sorry I've been lax on this site for a while. I'm just trying to get life going, you know. It's hard.

But I have some posts coming because I'm eating more at home (pretty much exclusively) and I'm trying to get creative with my foodstuffs.

But a few months ago I did manage to go to a great event, the Vegan Beer Fest. It. WAS. Amazing. So much beer, so many vegans, and so much really good, not overly processed food and great prices. I most likely spent about $30 (not including the ticket which was $35) for a day of nothing but beer and food. That's not too bad.

The whole thing was organized so well. Upon entering, you get a 4os glass which you take to the booths for your beer. Less waste and an instant souvenir, so incentive to keep it. You also get a car that highlights the breweries that are there. Some booths had more than one beer, and you have to bee quick because some of the more popular beers will run out about mid day. I was into the stouts and ports and found a fantastic one they poured over the 'ice cream' they had there. Delicious.

There is a funny story to that beer. I went to a booth (the name escapes me now but I have it on a coster) and I asked them what their darkest beer was. The guy said they didn't have it at the booth here, it was being used in a dessert booth around the corner. He said to tell them that I wasn't to try that beer and they would fill my glass. I did, and found it was used to be poured over ice cream. The lady filled my glass and as I turned away, I took a sip. I turned back and said, "This is poured over ice cream?" She nodded, then I bought some ice cream and beer. It was fantastic! 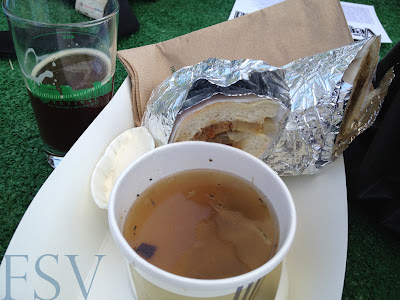 If you are in the LA area and you like vegan music (yes, there was vegan bands preforming rock, rap and reggae) then you'll love the vegan beer fest.

Here are some of my photos but I've also put up some links for you to see the real action. I was too busy drinking. 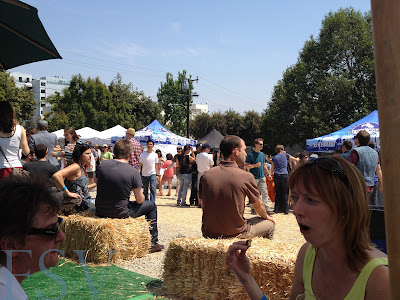 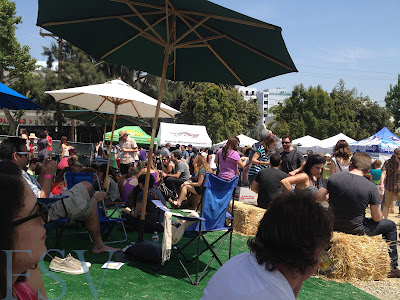 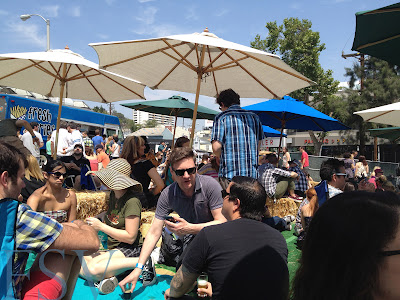 I'll be updating this site more, I mean it. I'm baking and cooking so much on the cheap, I have to share. I'll talk to you later.
Posted by Food Stamp Vegan at 6:27 AM