To all my vegers out there (ha, vegers, I made up a word) how you you all like the classic peanut butter and jelly combos? I myself love a good peanut butter, but I like to with it up sometimes.

Being adventurous in your PBnJ is so much fun. Whether it's fresh made bread, or some artisan loaf, with a cashew butter and an apricot preserve, the yummy rich protein with the sweet sugars fruit is such a treat. That's why I call it the poor vegan's steak and eggs :) 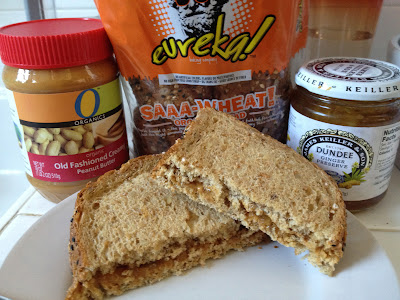 Once the ginger preserves (which I had in my fridge for ever) were gone, I went back to my old tried and true, low sugar blueberry preserves. This peanut butter is unblanched, so the skin was ground in with the peanuts giving a much richer, darker butter and taste. Get unblanched nut butters whenever you can.

Sometimes after you have something mild, you want something spicy. I get frustrated in restraints for paying $5 for french fries. They are just sliced cooked pieces of potatoes, and frankly I can make those at home. 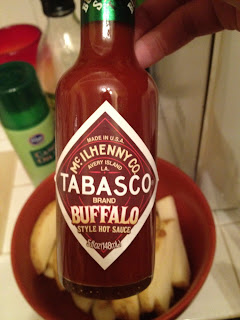 I got some yellow potatoes, and sliced them about 1/2" thick. I tossed them in some salt, pepper, olive oil, and this buffalo tobacco cause that I thought was going to be spicier than it was. 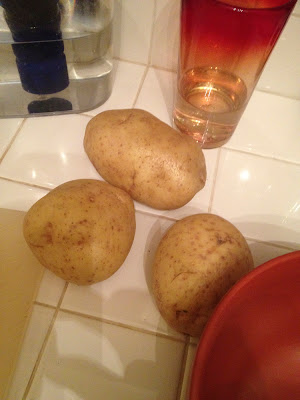 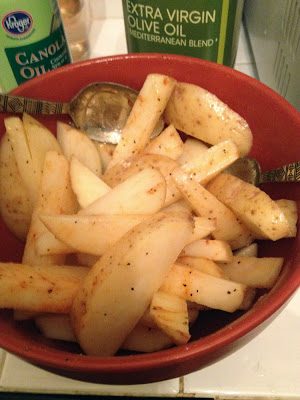 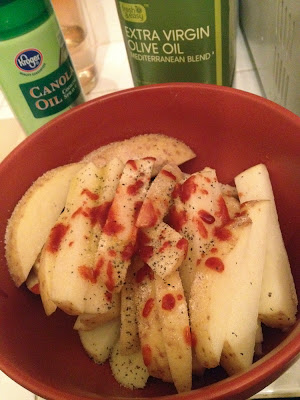 With some seasoned vegan sour cream (buffalo cause, salt onion powder, pepper) and some ketchup,
I devoured these in no time. A great snack. 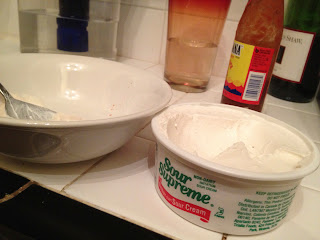 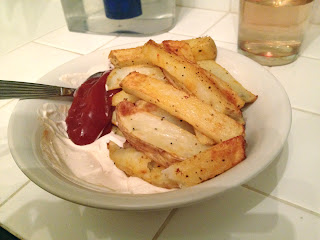 I think now that I don't have a job to go to (I'm focusing on freelancing), I'm going to be cooking a lot more.

I'm also going to be updating this blog a lot more with yummy cheap snacks and vegan food reviews. So for all of us who are looking for vegan in the cheap, FSV is gonna be the place to go and know.
Posted by Food Stamp Vegan at 9:59 AM