Yummy meals both made and bought.

This month I've been food spending. I'm moving (to a much better apartment, yay employment) and I've been purging myself of a lot of stuff I've never used and will never use again. Got a paper shredder (used) and I'm taking my time getting through a lot of junk in order to have a new cleaner beginning.

How does food come into play? Oh, it does. These past few weeks at my new job I've been going out and spending nearly $20 a day on food. It's been at Whole Foods and is nourishing and good, but that is a lot of money.

My goal with the move has been to take a reality check on that spending and start to make nourishing meals at home to take in to work. 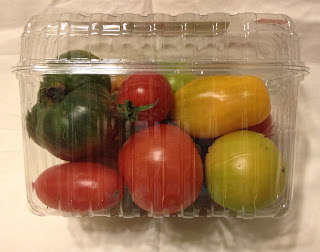 Look at those 'maters. They were very good and I was specific to MAKE myself eat them. I have a habit of buying what I 'think' I will eat and allowing it to reside at its leisure until I feel forced to eat it before it spoils then I don't.

This $5 carton lasted me all week and it was a good task for me. Glad I did it.

One of the splurges I made while I was downtown this past weekend was go to babycakes, the vegan bakery. 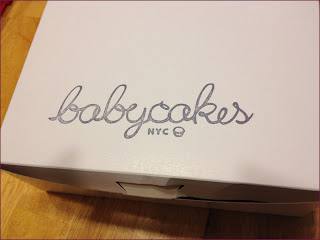 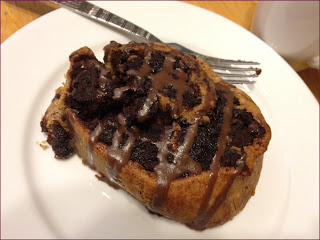 I've gnashed on babycakes before, but I am rarely downtown, so I decided to splurge. That box of confections was just under $20! What I found sweet was the cashier asking me, "Are you okay with sugar?" I smiled and got my treats.

Out of them all, the donut was by far the best most complete experience. It was a thick donut and not too sweet. Just a great texture and flavor. The chocolate chip brownie cupcake was second. It was one of the first chocolate vegan delights that I have really, REALLY tasted the chocolate first above the cake. It's a real rich chocolate flavor that was not too sweet. The red velvet really has no taste, but the icing is great, and the crumble roll was so big I got two servings out of it! It was rich and very, very good with a cup of coffee.

I'm gonna have to learn how to make those donuts.

Babycakes was after our lunch downtown. We went to the Nickel Diner again but this time I changed it up. I generally get their stuffed avocado with quinoa salad, but it was cool and I wanted something a bit spicier.


I got the vegan chili with a side of fries.
So in essence a big order of vegan chili fries. It was a great meal. 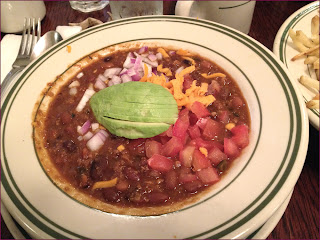 But starting Monday, it's back to home made lunches.