I got this notice in the mail earlier last month. It's telling me I have to go to an office to work for my food benefits. I've been on food stamps for over a year while I scour to find employment and I have never received this before.

Don't get me wrong, I actually think it's fair to work for the benefits in exchange for some sort of service, and I was more than willing to go. The closer I read over the form, though, I got confused. 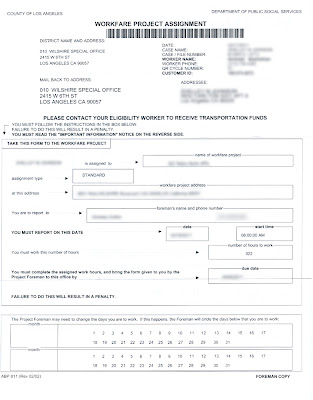 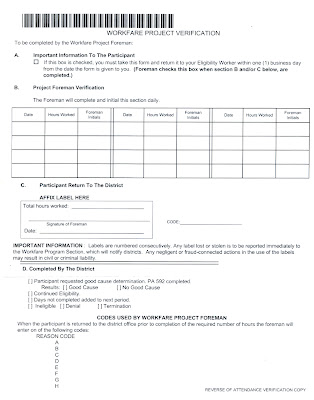 Minimum wage in California is $8/hr. For the total of benefits I was getting in conjunction to the hours I would need to work, I would be making $6.50. What? That can't be right. Then I wondered if they knew about this. Or if it mattered to them.

I mean I get it, I'm in a tough spot, but I never thought that even government assistance would not follow the wage laws in the state. Maybe this was after taxes. If that's the case, that sucks even more!

I called my service worker because I got the form three days before I was to show up at this place and I wanted to know if I could reschedule. She told me that I didn't have to go. Why I'm not sure. I didn't ask about any of it.

This month has been food experimentation. I've been playing with some recipes from Veganomicon with varying results. I'll post more on that later.
Posted by Food Stamp Vegan at 12:11 AM