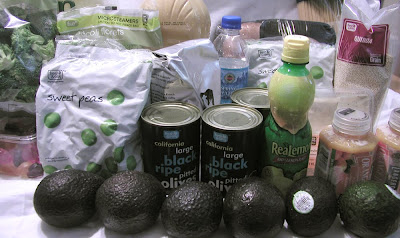 I started off the month at Fresh and Easy. That's new for me, as I generally go to Trader Joe's or Food 4 Less. I guess I'm starting to enjoy the staples I get from Fresh and Easy, although, their self checkout sucks ass if you use your own bags. 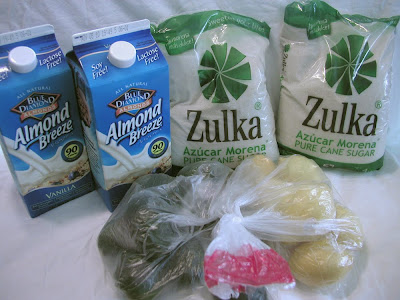 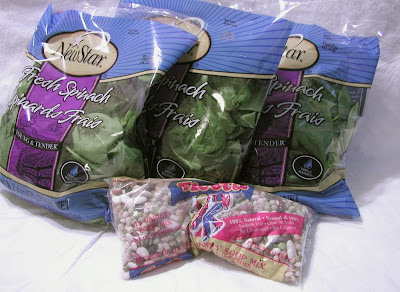 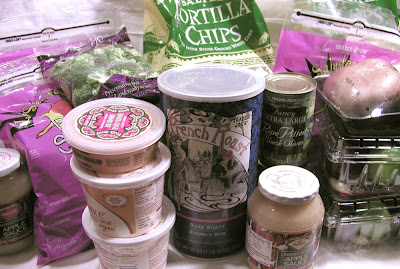 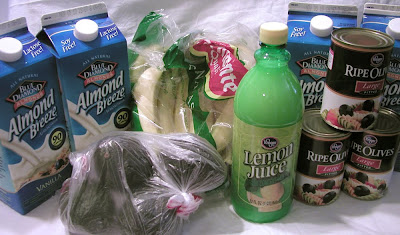 I honestly thought I would have more to say about this experiment of no soy this month. It has been fairly uneventful. I mean, I did have to change coffee, which for me, is a big deal, because the almond milk didn't compliment my favorite brand line the soy did. What I have now is fine, but it's not as flavorful. I do think the almond milk masks a lot of flavors of things. But its fantastic over bananas! 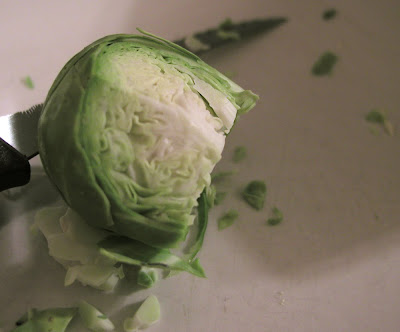 I also started taking a multivitamin. I've done it sporadically in the past, but this month I was feeling like a zombie, and I think it was my iron. I didn't really have the cash for the vitamin, but I was feeling like crap so I went to the drug store. I was just going to get an iron supplement, it was cheap, but they were out! I looked on the shelves for a good fifteen minutes, knowing I only had $6 in my wallet, and I didn't want to risk charging it because my rent check had not cleared yet. I found this generic multivitamin for $100. Shit! I had a decision to make. Either not buy it via my checking account and feel like crap for a few more weeks, or get it and risk overdraft fees making this thing cost more than it should. I decided my health was a bit more important than money (thats a first) so I got the vitamin and now i fell SO much better. if it's a placebo, its an awesome one.

To celebrate, I made cinnamon rolls!

Mix in soy milk until dough is soft (you may need slightly more or less to get the dough to a workable consistency). Do not over mix! 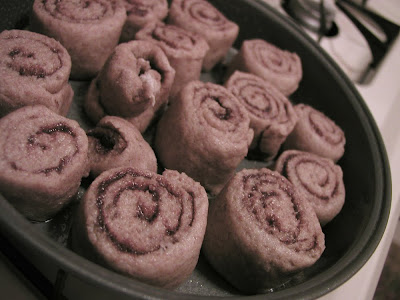 Roll dough to 0.25 inch thickness n a long rectangle -- about 8 inch by 16 inch. Coat the rectangle of dough with the melted margarine. Then spread the Sucanat and cinnamon over it.

Roll from the long end, forming a tight roll. Cut rolls about 1 inch thick. Place on a lightly greased baking sheet and bake at 450 degrees for 15 mins or until golden. 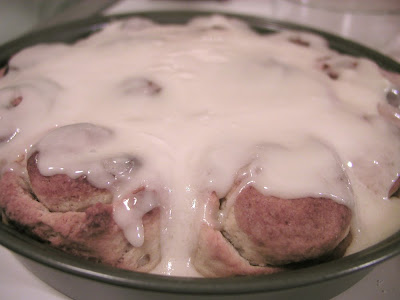 Spread on rolls while they are still warm. 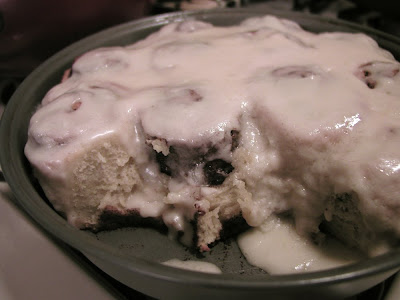 Don't expect Cinnabon crap. These wont give you a heart attack. 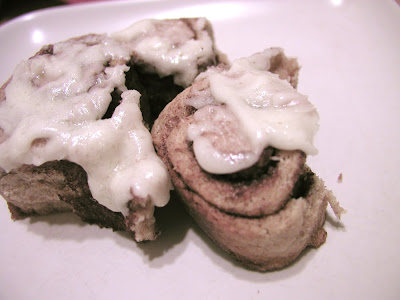 They are rich but a clean tasting rich, you know? Plus they are great with coffee. 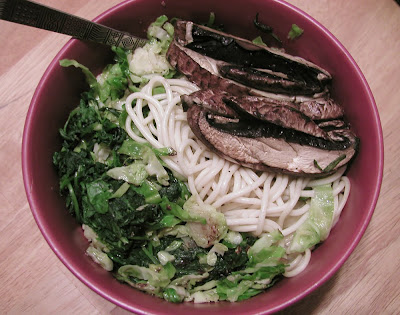 I also made guacamole with the Trader Joe's pre packaged kits. Bough a lot of avocados at 5 for $1 and almost of them needed to ripen. I got the kits because I was craving avocado for dinner. I like it with my spaghetti. 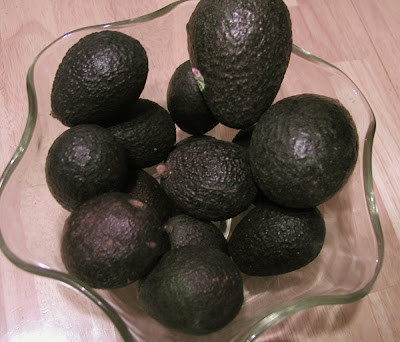 I always get more 'cados anyway, as two that are provided with the kit are never enough. Add some more garlic, some salt and pepper and mix it all, and it' s good to go! 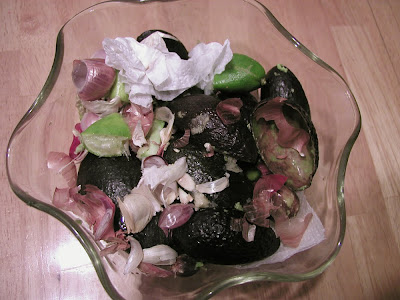 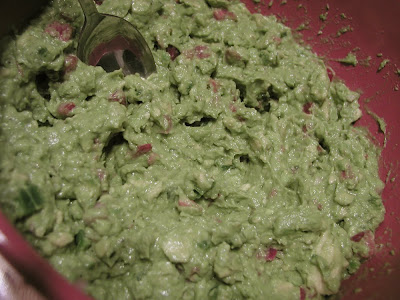 The thing is, I leave it out a few hours before I eat it. I don't like cold veggies, of any kind. I think it takes away from their taste, and because I get peckish, I don't eat the quac and it sits there. I made too much of it to have it go bad this time, so I'm making myself eat it. COld or not.

I may have some job prospects lined up. I saw 'may' as I've been disappointed for a while now. And speaking of disappointed, I'm up for review of my food stamps. 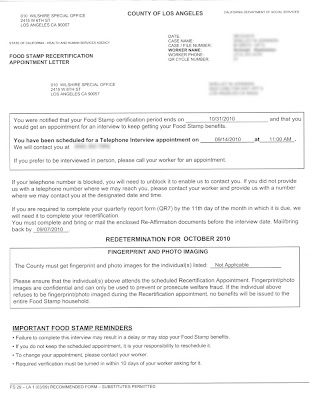 Geeze, these people know so much about me. I can't believe it's been a year. Wow. I was suppose to have a phone interview the other day, but they never called so I called them yesterday and my agent picked up realizing she didn't call me. She asked me for all this stuff and I told her, "I already set that to you." Then she found it and said I was alright. She is suppose to call today, around 11 am, so I gotta wait by the phone for a 5 min chat about what they already know about me. Fun fun. But once this is over, and I'm alright with this part, I think Ill make some lemon squares.

Mmm, lemon squares.
Posted by Food Stamp Vegan at 7:06 AM