The poorer I get, the better I eat. 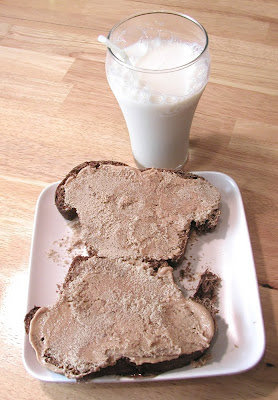 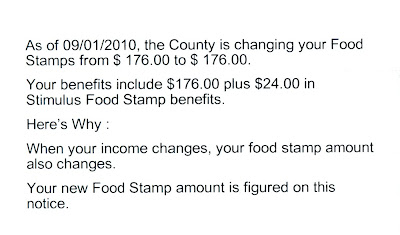 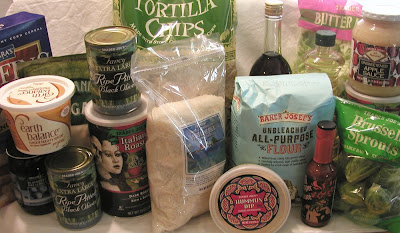 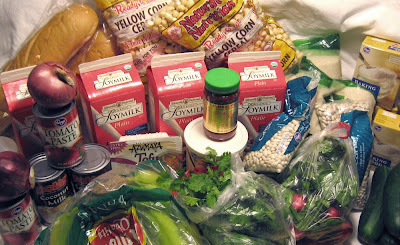 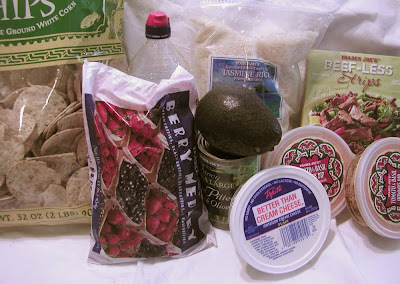 This past month I went to a new flea market here in LA. It was being held in the parking lot of Dodger Stadium and for the most part was alright. I didn't buy anything, but I was treated to lunch and I decided to get a Banh Mi sandwich because I had not had one since I lived in San Francisco. 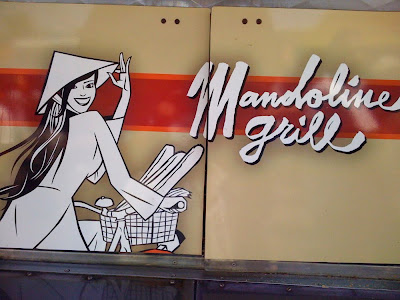 It was really good and put a craving in me.
In SF, there was this place a few blocks from my apartment that always had a long line. Great sandwiches for $2.50 each. They had a tofu one that I always got (no mayo) and I was a happy camper.

I wanted to see if I could recreate that sandwich. When I looked online for recipes, there were so many variations. I came across one on the Food Network site that focused on the slaw portion of the sandwich. Thats the part with the most flavor. 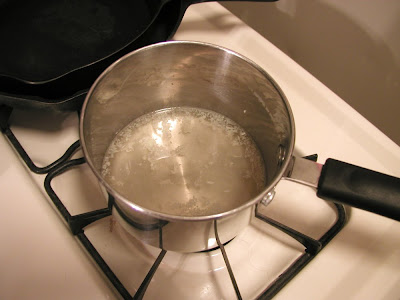 Directions
Make the slaw: In a small saucepan, combine the water, sugar, and vinegar and bring to a boil. Transfer the vinegar mixture to a bowl and cool. Add everything else, mix well, and season with salt. Set aside to marinate for 30 minutes or store in the refrigerator up to overnight. 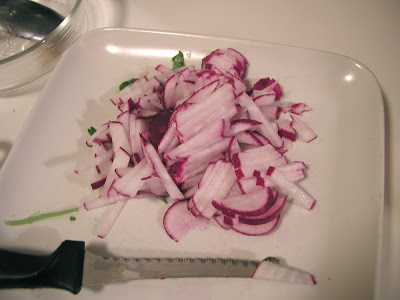 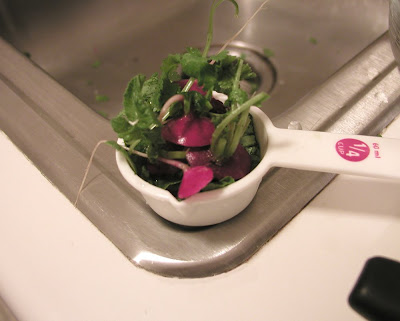 Garbage.
Now this recipe serves the slaw separately than others I've had where its on the sandwich (like at the flea market). I wanted to apply this basic slaw recipe to the sandwich while using a lot of the other stuff in different recipes I found.

To the claw I added a lot of fresh cilantro, which is totally growing on me. I love the smell and it has an awesome flavor. 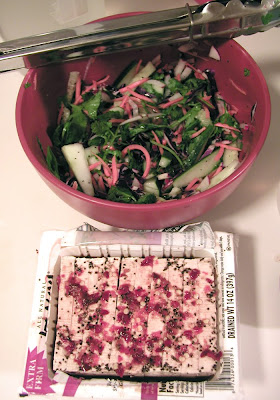 I decided to marinate the fresh brick of extra firm tofu with chili sauce, salt, pepper and some soy sauce. The smell was fantastic.
Once I was pleased with the marinate, I used non stick spray in my skillet on med-high heat and started to frying. Once everything was cooked I heated the bun then constructed the sammich. It was gewd. Not exactly like the SF sandwich, or the authentic Vietnamese one I had at the flea market, but reminiscent enough to satisfy my cravings. 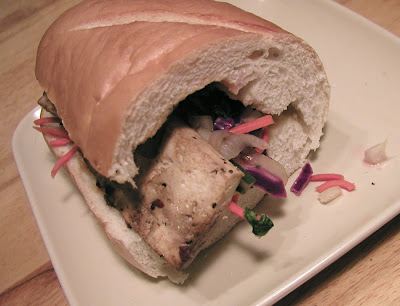 I'm going to have fun with this recipe, though next time Ill toast the bread, or perhaps make my own French Rolls since a lot have egg in them (not the one I used, though I almost got some that did). Buying bread, who does that anymore?
Posted by Food Stamp Vegan at 2:25 AM